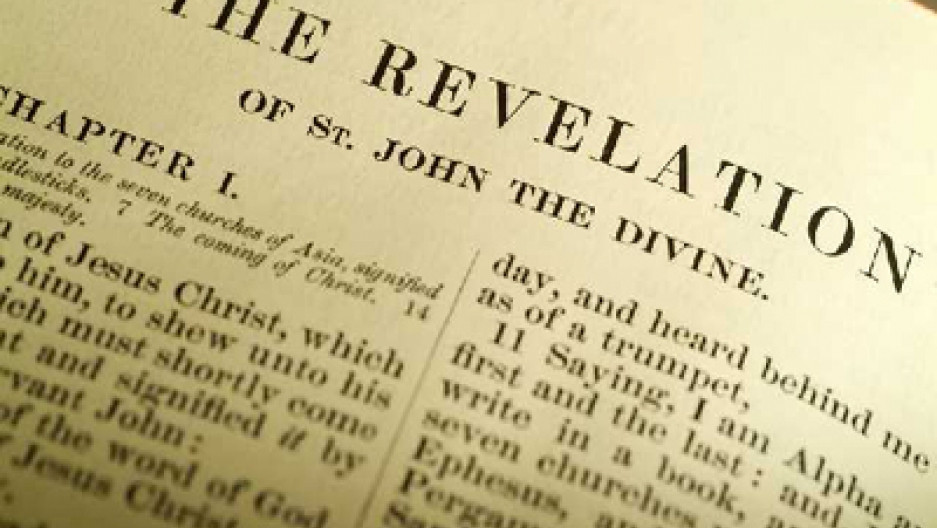 And We Shall Reign on the Earth: Seven Verses

10 And hast made us unto our God kings and priests: and we shall reign on the earth.

11 And I beheld, and I heard the voice of many angels round about the throne and the beasts and the elders: and the number of them was ten thousand times ten thousand, and thousands of thousands;

12 Saying with a loud voice, Worthy is the Lamb that was slain to receive power, and riches, and wisdom, and strength, and honour, and glory, and blessing.

13 And every creature which is in heaven, and on the earth, and under the earth, and such as are in the sea, and all that are in them, heard I saying, Blessing, and honour, and glory, and power, be unto him that sitteth upon the throne, and unto the Lamb for ever and ever.

14 And the four beasts said, Amen. And the four and twenty elders fell down and worshipped him that liveth for ever and ever.

1 And I saw when the Lamb opened one of the seals, and I heard, as it were the noise of thunder, one of the four beasts saying, Come and see.

2 And I saw, and behold a white horse: and he that sat on him had a bow; and a crown was given unto him: and he went forth conquering, and to conquer.

In these seven verses, John continues to share the vision shown to him. He continued the vision from the previous seven verses (No Man was Found Worthy to Open and Read the Book). The Lamb took to the from the One sitting on the Throne and everyone and thing in Heaven bowed down.

They sang a new song that explained why the Lamb was worthy to take the book and open the seals. He was worthy because He redeemed mankind to the Most-High Divine with His own blood. This is where these seven verses really kick in.

The Lamb also made us (mankind who believe and trust in the Almighty) kings and priests to the Heavenly Divine Kingdom. This precious and majestic title, as well as privilege, allowed those who attained it to become blessed to rule the earth.

The Same as Daniel’s Vision

John then saw and heard the voice of many angels who were around the Throne. The voice of the beasts and elders were heard also. The number of the angels and beasts was a great number; ten thousand times ten thousand, thousands of thousands (the concept of saying millions, billions, and trillions weren’t around then)!

Compare John’s vision in this chapter to Daniel’s vision in chapter seven of his writings. Daniel wrote that he saw thrones cast down. Then the Ancient of days sat and a thousand thousands ministered to Him.

In addition, ten thousand times ten thousand stood before Him (Daniel 7:9-10). You can find this in Hebrews (12:22) as well. Back to today’s seven verses; the angels said with a very loud voice (and we paraphrase), “Worthy is the Lamb that was killed to receive power, riches, wisdom, strength, honor, glory, and blessings!”

The Opening of the Seven Seals

Every creature in heaven and earth and under the earth in unison confessed. They confessed to the Father upon the Throne and to the Lamb, forever and ever. The four beasts agreed as did the twenty-four elders as they bowed down and worshipped Him that lives forever and ever.

These seven verses continue right into chapter six of Revelation where John continues the narrative and story of what happened next. The Lamb proceeded to open the seals. When the first seal was opened, John heard the noise of thunder. One of the four beasts said to him “Come and see!”

What John saw next was a white horse with a man sitting upon the horse with one bow. Someone gave him a crown and he went into the world to conquer more of the world. These are our seven verses! 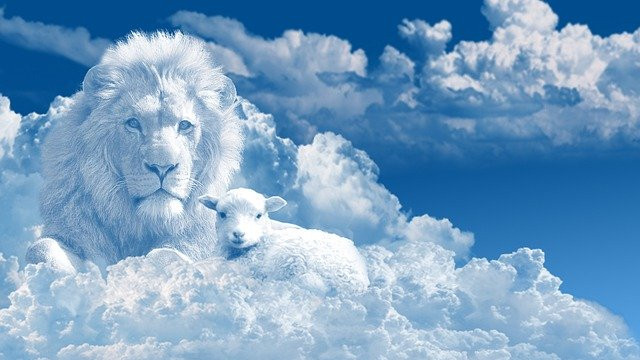