The Works of the Messiah: Matthew 11 Reframe

It came to pass when Jesus finished His commands for His twelve disciples concerning what they should do, they left. Jesus also departed from there to teach and preach in the cities of Jerusalem. At that time it was told to John (the Baptist), who was in prison, of all the works of the Messiah.

John then sent his two disciples to Jesus. They found Jesus and asked Him what John commanded them to ask. They asked, “Are you the One that should come or should we look for another?” Jesus replied to them to go and tell John all the things they see and hear going on.

“The blind are receiving their sight, the lame are walking, the lepers are cleansed, the deaf can hear, the dead are raised up, and the poor, they have the gospel preached to them,” Jesus responded. The LORD also said blessed is the man who is not offended by Him.

Jesus Talks About John the Baptist

John’s disciples departed and when they did, Jesus addressed the multitudes who were before Him concerning John. He said, “What did you go into the wilderness to see? A reed shaken with the wind? What did you go out to see? A man clothed in soft raiment; don’t you know that those who wear soft clothing are in king’s palaces?

Jesus continued speaking, “From the days of John the Baptist until now, the kingdom of heaven suffered violence. The violent took the kingdom by force! All the prophets and law, all their writings prophesied until John; now if you can receive what I’m about to say, receive it.

What Does This Generation Want?

John is Elijah, he is the prophet who prepared the way. Whoever has an ear to hear, let him hear; however, what can I compare this generation to? This generation is like children sitting in the markets, calling out to their friends and peers.

And now, the Son of man has come among you, eating and drinking, making Himself as everyone. What do they say of Him, He is a gluttonous man, a winebibber, friend of publicans and sinners. Nothing satisfies this generation, nevertheless, wisdom is justified of her children!”

Sodom Tyre and Sidon Would Be Here

Jesus ended speaking and began to upbraid the cities; He criticized their ways severely, mainly in the areas where He did mighty works. Despite raising the dead, healing the sick, and a multitude of other miracles, these cities still had not repented.

He charged them saying, “Woe to Chorazin, woe to you Bethsaida; if the mighty works performed in you were done in Tyre and Sidon, those ancient cities would have repented a long time ago in sackcloth and ashes.

But now I tell you, it will be more tolerable for Tyre and Sidon at the day of judgment than for you. The same for you Capernaum, which is exalted to heaven, still you will be brought down to hell. If the mighty works that have been done in you had been done in Sodom, Sodom would have remained to this day.

Now I say to you that it will be more tolerable for the land of Sodom in the day of judgment than for Capernaum.” At that time Jesus prayed to the Father. He said, “I thank You, O Father, Lord of heaven and earth because You have hidden these things from the wise and prudent, and have revealed them to the babies.

Even so, Father, do as You please for it seemed good in Your sight. All things are delivered to Me by My Father. No man knows the Son, except the Father, neither does any man know the Father, except the Son and whoever the Son will reveal Him to.

Come to me all you who labor and are heavy burdened; I will give you rest. Take My yoke upon you and learn of Me; because I am meek and humble in spirit. You will find rest for your souls because My yoke is easy and My burden is light.” Jesus ended His prayer and speaking to the people.

Selah (based on Matthew chapter 11) 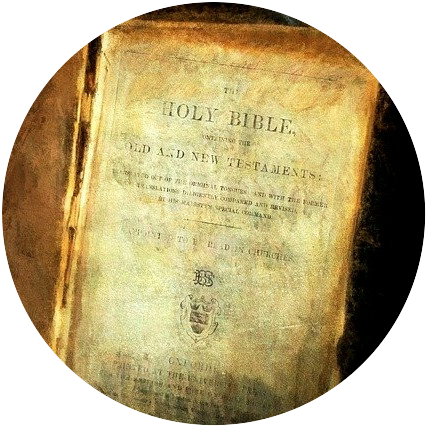