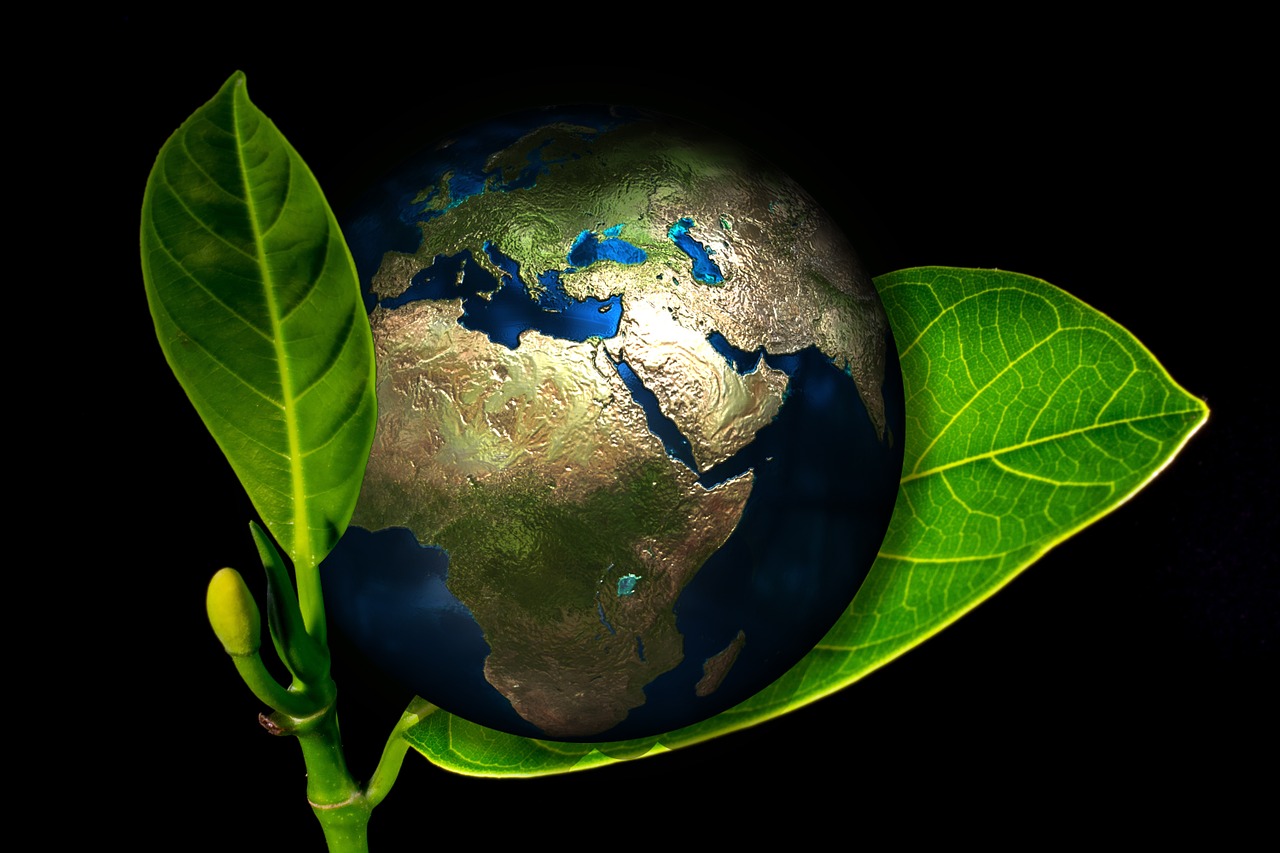 The Creation of the Heavens and Earth (TCHE) Part 2: The Next Three Days

This is a Bible Study Ministry (BSM) study topic; it is on the Creation, and we’ve titled it The Creation of the Heavens and Earth. While the title suggests it is pretty self-explanatory, we will dive in pretty deep and undertake some newer, wider ideas on the creation of and by the Almighty. Let’s begin part two!

The Next Three Days

As we journey into the fifth day, living creatures are introduced. God commanded for the waters to bring forward in time (or out into view) all the moving creatures, reptiles, creeping beasts, and birds that would fly above the earth in the open firmament of heaven or the heavens.

This was done in abundance. Just a note, the birds started out in the water, which is interesting enough on its own. God then created the great whales and all the living creatures that move that the waters brought forward in time abundantly; each after their own kind.

The Creation of the Heavens and Earth (TCHE) Part 2

Here, at last, the long-awaited sixth day; here now comes the main event. But first, we get a few more opening acts. God commanded for the earth to bring forward the living creature (or living soul) after his kind.

We are talking about cattle, horses, mules (categorized as working beasts), to the creeping things, to the unreasoning beasts of the earth. It was performed as God wanted and approved as good. Now to the main event; God is going to create mankind.

Both Male and Female!!

The Eternal commanded that a man should be created in the image of God and after the likeness of God. God also gave the man dominion or sovereignty over creatures of the waters, the birds of the air, and over the working reasoning beasts and unreasoning beasts of the earth.

This included each creature, over each reptile, over all the earth! God created the man or mankind in His or God’s own image; mankind was to be or become like God. In addition, He created both male and female in one soul or frame/body.

Mankind was then given the same command as the beasts of the field, become fruitful, multiply, and replenish the earth. They were ordered to subdue it, to make the earth subject to them, the earth and everything in it. Ultimately, they were ordained to become lords or rulers over the birds, fish, and beasts of the earth.

The Generations of the Heavens (plural)?

The God/POWER/Creator of man provided everything for the man, herbs that have seed in them, all the trees also that have seed and these were for meat or food. They were for consuming, for man and all the beasts of the earth as well.

This completed the sixth day, evening and morning. God looked at everything He made and thought it very good. We will also do another thing to timestamp events for us to relate it to our calendar today.

What we’ll attempt to do is give the creation of mankind (of this generation) the creation date of 4142 BC for Adam (those who use the backward countdown method). We would simply like to use the zero on up method, beginning at zero for Adam, and go forward from there.

So the heavens and earth were made perfect and all the hosts or ornaments of them.

These are the generations of the heavens (plural) and the earth when they were created! Why do we emphasize the heavens as plural? The firmament was called “heaven,” and where the Almighty dwells, on the other side of the firmament where the waters separated is also considered “heaven.”

The scriptures also consider the earth “heaven;” that is at the very least three heavens. Let’s verify that!

The Heavens, Plural; Why? We should clear this up!

There is a scripture where the apostle Paul wrote to the Corinthians where he recalled the event where Jesus appeared to him. What Paul made clear was that he was not sure about Jesus’ appearance at the time. All he knew was that it was like someone caught up to the third heaven (2 Corinthians 12:2).

Paul spoke about the concept of the “third” heaven. A “deductionist” (one who logically deducts things – we’re not sure deductionist is a real word) would conclude that the use of the term “third heaven” denotes there is the second and first heaven. We agree with such a deduction.

The first heaven would be the earth (although we would not scripturally see it written as the “first heaven”).

It is laid out textually like a building with three floors; the first floor is the earth. The second floor is everything up to the firmament, and the third floor, which no man can go to, is the Heavenly Kingdom or the portal that leads to which. There is even a basement, the great deep and the foundations. Can we scripturally quantify the earth as heaven?

We’ll look at it again in a different lens. Praise the LORD from the heavens, is the earth, praise Him from the high places are the high places of the earth (mountains and hills, which symbolically represent governments and high things). That is the first heaven.

The angels and the hosts are in the firmament, the sun, moon, and stars; the second heaven. And last but certainly not least, the heavens of heavens, the waters above the heavens are those in the third heaven. They all praise the LORD because He commanded and they were created. Three heavens; but that in itself is not fully convincing for all people, so we’ll have to dig a bit deeper. 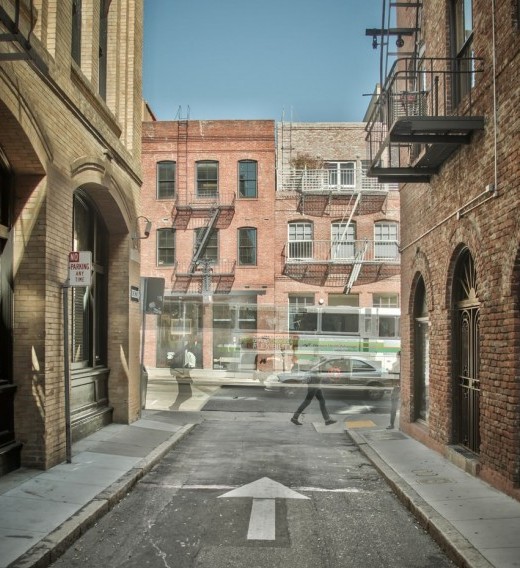 Here is an instance where the LORD Yah (Yah is short for Yahweh /Yahawah /Yahayah/ Ahayah whichever derivation the reader writes and calls on) referred to the earth (dry land) as heaven where the children of men were and are required to praise the LORD.

In the twenty-eighth and twenty-ninth chapter of Deuteronomy, Moses addressed the children of Israel regarding the curses and blessings and for them to keep God’s covenant. In the thirtieth chapter Moses plainly told them he already knew they would not keep the covenant and would end up being cursed and scattered into all nations of the earth.

However, if they decided to collectively or individually return to the LORD their God and obey His voice with their whole heart and soul, then the LORD would reverse their “cursed” conditions.

Yes, He’d reverse it, have compassion, and return to the earth to gather them from all the nations He’d scatter them to. This must be on the earth, as the LORD then says, “If any of them (Children of Israel-(COI)) are driven to the outmost parts of heaven, from there will the LORD your God gather and fetch you.”

The LORD will go to the farthest extents of heaven (the first heaven here on the earth) to bring back His people who have turned their hearts and soul back to Him. There are no humans living in the clouds and sky unless they live on a tall mountain, and yet then that would still classify and be considered to be here on the earth, just elevated.

The heavens thus include the earth (dry land).

These mockers will say things like since the beginning of the creation when the ancestors died, things continue as they were. They will be willingly ignorant about everything, including by the Word of God that the heavens were of old and the earth stood out of the water and in the water at the same time.

Isn’t that how it is today? It has always been like that, just after a few things, the waters covered the earth. However, since the generations of Adam, the earth stood out of the waters and in the waters, and Peter wrote it as the “heavens” were of old or were redone first.

The old world was overflowed with water and perished, but the heavens and earth that are now or here today were by the same word kept in store and reserved for the day of judgment.

What your take on this the first part of this creation series? How can you utilize this study topic to improve your life, your walk or search for salvation? How is this study topic relevant to the Kingdom of God?