Son of Man Has the Authority: Reframe

After the men of the city in Gergesa asked Jesus to depart from their city, Jesus boarded the ship and passed over the body of water back to His own city. When He arrived men brought a sick man stricken with the palsy to Him for healing.

The man was lying on a bed, being carried and when Jesus saw their faith, He smiled and said to the man on the bed; “Son, be happy, your sins are forgiven!” This through shock waves through a portion of the crowd that included certain members of the sect of scribes.

They spoke among themselves saying, “This man just blasphemed!” Jesus knew their thoughts and said to them, “I know what you are thinking, you are thinking evil in your hearts. What is easier to say, Your sins are forgiven, or to say, Get up and walk?” No one answered the LORD one word.

The Son of man Has the Authority

Jesus continued, “Just so you know, the Son of man has authority on earth to forgive sins.” Then He turned to the man on the bed, who was littery bed-ridden with the palsy and said, “Get up and take your bed, and go to your house.” The man got up and left for his house as he was commanded.

The crowd saw it and they were amazed and glorified the Almighty because the Almighty had given such power to men. Jesus left from there and while walking He saw a man named Matthew. Matthew was sitting at the receipt of custom, like a tollbooth to collect taxes.

Jesus approached him and said to him “follow me;” Matthew got up and followed Him. One day, Jesus was having dinner and a bunch of publicans and tax collectors, and men who cared not about the Most-High (sinners), sat down and ate with Him and His disciples.

When the Pharisees saw this they said to Jesus’ disciples, “Why does your Master eat with publicans and sinners?” Jesus’ disciples didn’t respond, but word got back to Jesus that this was the question circulating the room.

When He heard it, He said to everyone, “Those who are whole and healthy do not need a physician. But those who are sick, they need the doctor!” Jesus gave them a homework assignment, urging them to go home and learn what that meant.

He said, “I will have mercy and not sacrifice because I am not come to call the righteous, but sinners to repentance.” Jesus did not only have to deal with the Pharisees, but some of John the baptist’s disciples approached Jesus also with questions that went against their norm.

John’s disciples asked, “Why do we and the Pharisees fast often, but your disciples do not fast at all?” Jesus replied to them, “Can the children of the bridechamber mourn as long as the bridegroom is with them? But the days will come when the bridegroom will be taken from them, it is then they will fast.

No man puts a piece of new cloth to patch up an old garment. The patch or new cloth will shrink and make the rip even worse. Neither do men pour new wine into old bottles; that can swell the wine burst the bottle. The wine would be lost and the bottle; put new wine into new bottles and then they’ll both be preserved.”

As Jesus spoke these things, a certain ruler came in and made obeisance to Him. He said to Jesus, “My daughter has just died, please come and lay your hand on her and I know she will live!” Jesus got up and followed the man to his house, as did the LORD’s disciples.

As they were walking, a woman diseased with an issue of blood for twelve years came behind the LORD and touch the hem of His garment. She said in her heart that if she could just touch His garment, she would be whole again and healed.

She did and Jesus stopped and turned around and when He saw her He said to her, “Daughter, comfort yourself very well because your faith has made your whole.” The woman was made whole from that very hour.

Then Jesus came into the ruler’s house, He saw the people playing the minstrels and shouting, making noise. The musicians were playing funeral music and women were wailing for the child, the ruler’s daughter. Jesus told them to give space and stop mourning, “The child is not dead, she is only sleeping.”

When they heard this, they went from mourning to extreme condescending laughter; they laughed Jesus to scorn. However, Jesus continued, He put the scorners out of the house, went into the chamber with the parents and a few disciples.

He took the young girl by the hand and she got up as if she was awakened out of sleep. News spread immediately across the land about the miracle He’d done in raising a girl from the dead. Then Jesus left from the ruler’s house and as he traveled, two blind men followed Him.

They replied with an emphatic “Yes Lord!” Then Jesus touched their eyes and said, “Your healing will be according to your faith!” They could see, their eyes were opened and Jesus threatened them not to tell anyone that He did this for them.

However, when they left they spread the news as if Jesus told them to tell everyone they could now see. Jesus’ fame spread abroad in all of that country. As Jesus and His disciples went out, a man who was possessed by a devil and could not speak was brought before Him.

Jesus removed the devil and once evil spirit was removed, the man began to speak. The crowds were amazed as they said, “It has never been seen in all Israel!” However, the Pharisees had seen enough and became jealous.

One pharisee said, “He is removing devils through the prince of the devils, it’s black magic, juju.” Jesus went through all the cities and villages of Israel like a rockstar on tour. He taught in their synagogues and churches, He preached the gospel of the kingdom to everyone.

He healed every sickness and disease that was among the people. He would sit back on occasions and view the crowd and would become moved with compassion because they were tired but loved His message and acts.

Jesus was moved with compassion because they were scattered abroad, confused and helpless like sheep without a shepherd. He turned to His disciples and said, “The harvest is truly abundantly plenty, but the laborers are but a few; pray to the LORD of the harvest that He will send more laborers into His harvest.” Amen.

Selah (based on Matthew chapter 9) 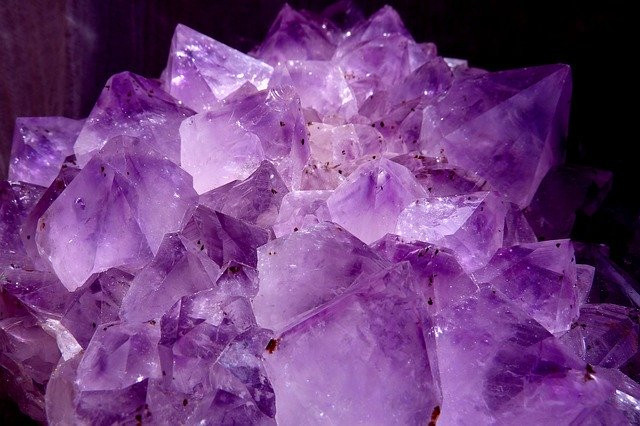