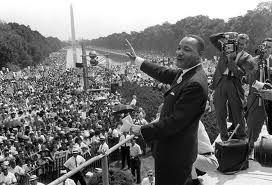 Who are the Gentiles in the Scripture

We have updated this teaching of who are the Gentiles in the scripture. We have changed our position after further edification and research. See the comment section for more clarification!

Here is the previous teaching:

It is commonly thought that if you are not a Jew, you are a Gentile. For years people looked in the New Testament and all they saw written was “Jews and Gentiles.”

Who are the Gentiles in the Scripture?

It is because the kingdom was torn in two; ten tribes went north to Samaria under Jeroboam, and Judah remained in the south under Rehoboam (Solomon’s son (1 Kings 14:21-31).

When Jeroboam fired the Levites as priests to the northern tribes, the Levites left the north and returned to the southern kingdom of Judah (1 Kings 12). Along with them, many from the tribes of Benjamin returned to be with their brother Judah but were all under the banner of Judah.

The Greeks called Judah, Judaea and this is why we have the term “Jew” popular today; really they are Israelites, Jew is a shorthand for Judah, and is just one of the 12 tribes (although leading tribe of the nation).

Now to the Gentiles

Now it has been presumed that the Gentiles were the sons of Japheth. We previously prescribed to this notion and idealogy! This is how we used to come to this conclusion:

In the book of Genesis, it initially identifies who they are.

2The sons of Japheth; Gomer, and Magog, and Madai, and Javan, and Tubal, and Meshech, and Tiras.

3And the sons of Gomer; Ashkenaz, and Riphath, and Togarmah.

4And the sons of Javan; Elishah, and Tarshish, Kittim, and Dodanim.

5By these were the isles of the Gentiles divided in their lands; every one after his tongue, after their families, in their nations.

Being a Gentile is Not Faith Based!

These are the sons of Japheth, the son of Noah; they are who the Gentiles are. During the time of Jesus Christ on earth, the Romans occupied rule over Jerusalem, and they were referred to as the Gentiles. Cornelius was the first Gentile pulled into the Church under the new covenant, and he was of the Italian band ((Roman) Acts 10).

Many groups of people today believe the Gentiles today are who we would categorize as white people or “white” Europeans. That is not altogether accurate, as there could be many Gentiles of color. Being a Gentile has nothing to do with faith or belief; it has everything to do with family, bloodline, and nationhood.

There are scholars who believe the term Gentiles simply means the nations. This is what we prescribe today. Gentile comes from the word goyim, which meant none Israelite or one from the nations!

Jews and Gentiles are only a particular family among many families in the earth. Gentiles are not a religion and they are not a faith. They are the nations aside from the house of Jacob. God bless you today, I pray this has edified you greatly.  Peace and Jesus’ name.

Read the comment section for how we conclude the Gentiles are non-Israelites!

Who are the Gentiles in the Bible?

Thank you for joining us today. It’s always a pleasure to have you. BibleStudyMinistry.com (BSM), believes the Bible is one assimilated account leading and pointing to Jesus the Messiah.

I hear and understand you Stacie, but here is where my mind began to change from my old idealogy (Gentiles are the sons of Japheth) and into where I position now.

Now when Jeremiah was a prophet being sent, he was sent to the NATIONS!

1 The words of Jeremiah the son of Hilkiah, of the priests that were in Anathoth in the land of Benjamin:

4 Then the word of the Lord came unto me, saying, 5 Before I formed thee in the belly I knew thee; and before thou camest forth out of the womb I sanctified thee, and I ordained thee a prophet unto the nations.

1 The word of the Lord which came to Jeremiah the prophet against the Gentiles;

2 Against Egypt, against the army of Pharaohnecho king of Egypt, which was by the river Euphrates in Carchemish, which Nebuchadrezzar king of Babylon smote in the fourth year of Jehoiakim the son of Josiah king of Judah.

1 The word of the Lord that came to Jeremiah the prophet against the Philistines, before that Pharaoh smote Gaza.

1 Concerning the Ammonites, thus saith the Lord; Hath Israel no sons? hath he no heir? why then doth their king inherit Gad, and his people dwell in his cities?

7 Concerning Edom, thus saith the Lord of hosts; Is wisdom no more in Teman? (yea) is counsel perished from the prudent? is their wisdom vanished?

1 The word that the Lord spake against Babylon and against the land of the Chaldeans by Jeremiah the prophet.

What do we have, Jeremiah was sent to the nations and he went to Egypt, Palestine (Philistines), Moab, Ammon, Esau/Edom, and Babylon.

Are these Gentiles or a mixture of Shem and possibly Ham in the form of the Philistines, and certainly Ham in Egypt?

I’d love to hear your take on this because my take was Gentile means what it means in Hebrew, the heathens/nations! This is what Israel considered those who were not sons of Jacob! WAR (With All Respect, Stacie).