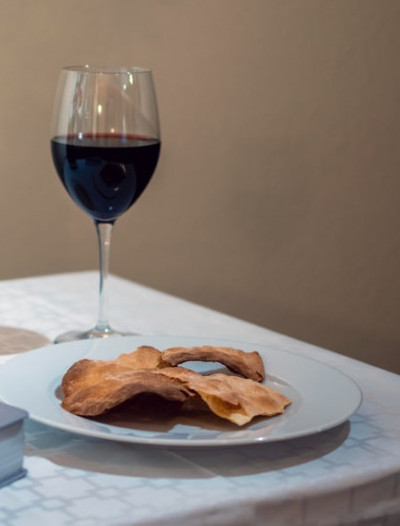 Then King Kedorlaomer turned back, went to En Mishpat (that is, Kadesh), and defeated the Amalekites. He also defeated the Amorites living in Hazezon Tamar. At that time the kings of Sodom, Gomorrah, Admah, Zeboiim, and Bela (Zoar) joined together to fight against their enemies in the Valley of Siddim.

They fought against King Kedorlaomer of Elam, King Tidal of Goiim, King Amraphel of Babylonia, and King Arioch of Ellasar. So there were four kings fighting against five. There were many holes filled with tar in the Valley of Siddim.

They took all their food and clothing and left. Lot, the son of Abram’s brother, was living in Sodom, and they captured him. They also took everything he owned and they left. One of the men who had escaped went to Abram the Hebrew and told him what happened.

There were 318 trained soldiers. He led the men and chased the enemy all the way to the town of Dan. That night he and his men made a surprise attack against the enemy. They defeated them and chased them to Hobah, north of Damascus.

One Tenth to Melchizedek

Then Abram brought back everything the enemy had stolen, as well as the women and servants, his nephew Lot, and everything Lot owned.  Melchizedek, the king of Salem and a priest of God Most High, also went to meet Abram. He brought bread and wine. Abram gave Melchizedek one-tenth of everything he had taken during the battle.

This chapter is very heavy thanks to what was written in the book of Hebrews concerning Melchizedek. In a study, we’ll share what Melchizedek means, in short, it means priest-king; whoever this is, they are or were a priest/king or represent a priest/king.

the Bread and Wine

If we aren’t paying attention to the principles in this chapter, the principle of faith and trust in the ALMIGHTY is here. Abram took 318 mercenaries and defeated four kings and their militaries. The history is the account of Abram warring against these nations.

The prophetic value is that Abram represents the LORD at HIS return to battle the nations and return the goods to the people of the promise, including the people and the souls stolen and oppressed. There will be peace on earth and the teaching of the bread and wine.

Also, do not overlook the fact that Abram is a chosen of the ALMIGHTY; the ALMIGHTY fights for HIS chosen.

17 And the king of Sodom went out to meet him after his return from the slaughter of Chedorlaomer, and of the kings that were with him, at the valley of Shaveh, which is the king’s dale.

18 And Melchizedek king of Salem brought forth bread and wine: and he was the priest of the most high God.

19 And he blessed him, and said, Blessed be Abram of the most high God, possessor of heaven and earth:

20 And blessed be the most high God, which hath delivered thine enemies into thy hand. And he gave him tithes of all.

21 And the king of Sodom said unto Abram, Give me the persons, and take the goods to thyself.

22 And Abram said to the king of Sodom, I have lift up mine hand unto the Lord, the most high God, the possessor of heaven and earth,