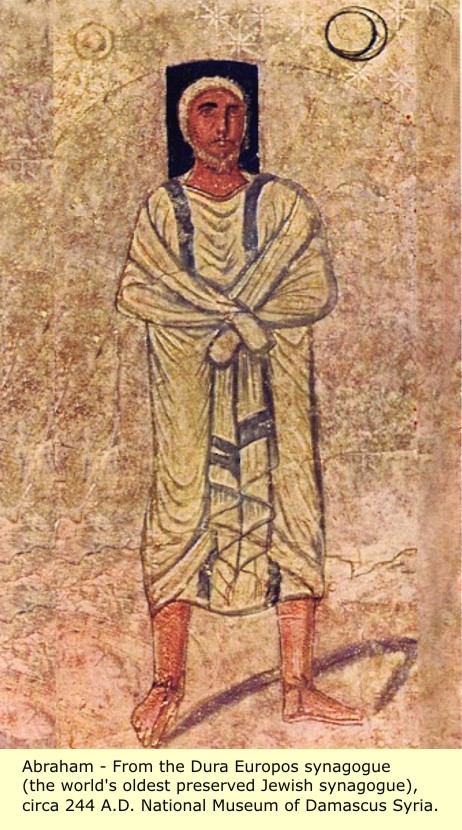 Abraham and Keturah and Their Sons

Abraham and Keturah and their sons after Sarah and Isaac. This post is brought to you by a Kingdom of Priests Institute, which aims to get saints to become consuls and ambassadors with laser-focus on simple awareness and actions that create everlasting results in GOD’s Kingdom.

Let’s dive in: After the death of Sarah, Abraham married again. His new wife was named Keturah. She gave birth to Zimran, Jokshan, Medan, Midian, Ishbak, and Shuah. Jokshan was the father of Sheba and Dedan. The people of Asshur, Leum, and Letush were descendants of Dedan.

The sons of Midian were Ephah, Epher, Hanoch, Abida, and Eldaah. All these sons came from the marriage of Abraham and Keturah. Before Abraham died, he gave some gifts to his sons who were from his bondservant women.

He sent them to the East, away from Isaac. Then Abraham gave everything he owned to Isaac.

1 Then again Abraham took a wife, and her name was Keturah.

2 And she bare him Zimran, and Jokshan, and Medan, and Midian, and Ishbak, and Shuah.

3 And Jokshan begat Sheba, and Dedan. And the sons of Dedan were Asshurim, and Letushim, and Leummim.

4 And the sons of Midian; Ephah, and Epher, and Hanoch, and Abidah, and Eldaah. All these were the children of Keturah.

5 And Abraham gave all that he had unto Isaac.

6 But unto the sons of the concubines, which Abraham had, Abraham gave gifts, and sent them away from Isaac his son, while he yet lived, eastward, unto the east country.

7 And these are the days of the years of Abraham’s life which he lived, an hundred threescore and fifteen years.

8 Then Abraham gave up the ghost, and died in a good old age, an old man, and full of years; and was gathered to his people.

9 And his sons Isaac and Ishmael buried him in the cave of Machpelah, in the field of Ephron the son of Zohar the Hittite, which is before Mamre;

10 The field which Abraham purchased of the sons of Heth: there was Abraham buried, and Sarah his wife.

11 And it came to pass after the death of Abraham, that God blessed his son Isaac; and Isaac dwelt by the well Lahairoi.

In the section below we like to point out the historical, prophetical, and principle relevance this section of the Bible points out to us. In the comments please add onto what we have here!

History: Zimran, also known as Zambran was one of the Shemetic Hebrew sons of Abraham by way of Keturah. They were known and thought by historian Josephus to have lived in the country Arabia Felix, which could be known by some in the Arabian town of Zabran, which is between Mecca and Medina.

The second son of Abraham via the marriage to Keturah was Jokshan. The historical importance of Jokshan is that he fathered Sheba and Dedan; these two come up in prophetic events in the books of Ezekiel and Jeremiah.

The third son mentioned is Medan, and not much is found of him in historic record aside from a city on an island of Sumatra in Indonesia. The fourth son is Midian, which today is a geographical place mentioned in both the Torah and the Quran.

The fifth son is Ishbak also spelled Jisbak or even Josabak. Very little is known about him and his families besides they may have multiplied among their brothers. The final son of the Abraham Keturah union is Shuah.

According to historians, Shuah appears to have separated from his brothers and not going into what we today call Saudi Arabia. Instead, he ventured north into northern Mesopotamia (modern-day Iran and Iraq).

Living in the East Countries

There many Shuah’s in the Bible, but Job’s friend Bildad was known as a Shuhite, there was a female Shuah of Canaan that Judah the son of Israel initially married. Back to Abraham and Keturah’s children, they were sent away from Isaac.

They were given gifts, and let’s face it, they are sons of Abraham, however, the covenant was passed to Isaac. For this reason, Abraham separated them from Isaac and gave the majority of his possessions to Isaac. The sons of Keturah were moved to live in the east countries

Prophecy: Abraham remarrying after Sarah brought in different equations to the story of the Bible. Jokshan, the son who fathered Sheba and Dedan are written in different prophecies in the Bible. For instance, in Psalm 72, a chapter expressing how the MESSIAH will be King over the land.

Many kings and people will bring gifts to Him, particularly the kings of Tarshish, Sheba, and Seba. The gold of Sheba will be given to the LORD to care for the poor and needy. Sheba is brought up in Jeremiah as well as in Ezekiel regarding their gold and frankincense.

In Isaiah chapter 60, it says caravans of camels will cover the land bring gold, frankincense, and proclaiming the praises of the LORD ALMIGHTY. These will come from Midian, Ephah, and Sheba. All of these sons were forced to drink the cup of the LORD by the hand of Jeremiah (Jeremiah 25).

They are forced to drink because of their evils towards the house of Israel; as Israel drank, so must all nations.

Principles: Abraham remarried after his loving marriage to Sarah. Not only that but he had a busy life fathering six more children beyond Ishmael and Isaac. The law or principle of marriage is that one is bound to their spouse as long as their spouse is alive.

The faithful words, “to death do us part,” is true and Abraham parted after Sarah, keeping the commandments of being fruitful and multiplying. This principle supports one keeping their word. The segway of Keturah being mentioned in the Bible is important because it invites us to the life outside of Isaac, the son of the covenant, and Sarah, the wife of the covenant.

The other sons received gifts and were sent away to keep the covenant clear and the prophecy true that Abraham’s seed will be spread out throughout the entire earth, blessed with riches. Abraham followed these principles his entire life and lived a full life of 175 years.

He became known as the father of the faithful, and also a friend to the ALMIGHTY. And would we not know that his sons also inherited this spirit. At their father’s death, Isaac and Ishmael buried him together in the cave of Machpelah in the field of Ephron that he purchased.

This picture of two sons who loved their father would become the progenitors of two of the largest faiths today in the world, Islam and “Christianity.”