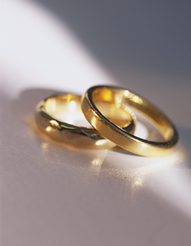 It is better to not vow, than it is to vow and not pay. Many Bible patriarchs knew this, but unfortunately we do not know this at large today.

There is a story of a warrior in Israel named Jephthah. He was called by God to deliver his people from the hands of the Ammonites.

Instead of just going out to war, Jephthah promised that if he won the war through God, that he would sacrifice by burnt offerings to the Lord the first thing that came out of his house.

God used Jephthah’s story to be a hard-hitting example for us today, to be careful of the things we vow. God allowed Jephthah to win the war as God said, however when Jephthah returned home, the first thing to come out of his house to him was not a fatted calf.

Instead, it was his only child, his one and only daughter. She came out dancing and singing, and excited to reunite with her dad. Now instead of a celebration, because of his vow to God, there was sadness.

What is a vow?

35 And it came to pass, when he saw her, that he rent his clothes, and said, Alas, my daughter! thou hast brought me very low, and thou art one of them that trouble me: for I have opened my mouth unto the Lord, and I cannot go back.

Jephthah opened his mouth and could not go back. What would have happened if he went back? Perhaps God would have killed him and his daughter, years after they forgot about the vow.

Your word is your reputation.

2 If a man vow a vow unto the Lord, or swear an oath to bind his soul with a bond; he shall not break his word, he shall do according to all that proceedeth out of his mouth.

Marriage is a vow, a loan is a vow, and if you promise your mom you’d graduate from college, that is a vow. Being baptized in the name of Jesus for remission of sins, is a vow. Keeping God’s commandments, and the testimony of Jesus Christ is a vow.

A vow to the Lord is good until death.

Be aware  of the vows you’re saying throughout your day or days, and be mindful, God is a collector. Be blessed in Jesus name.