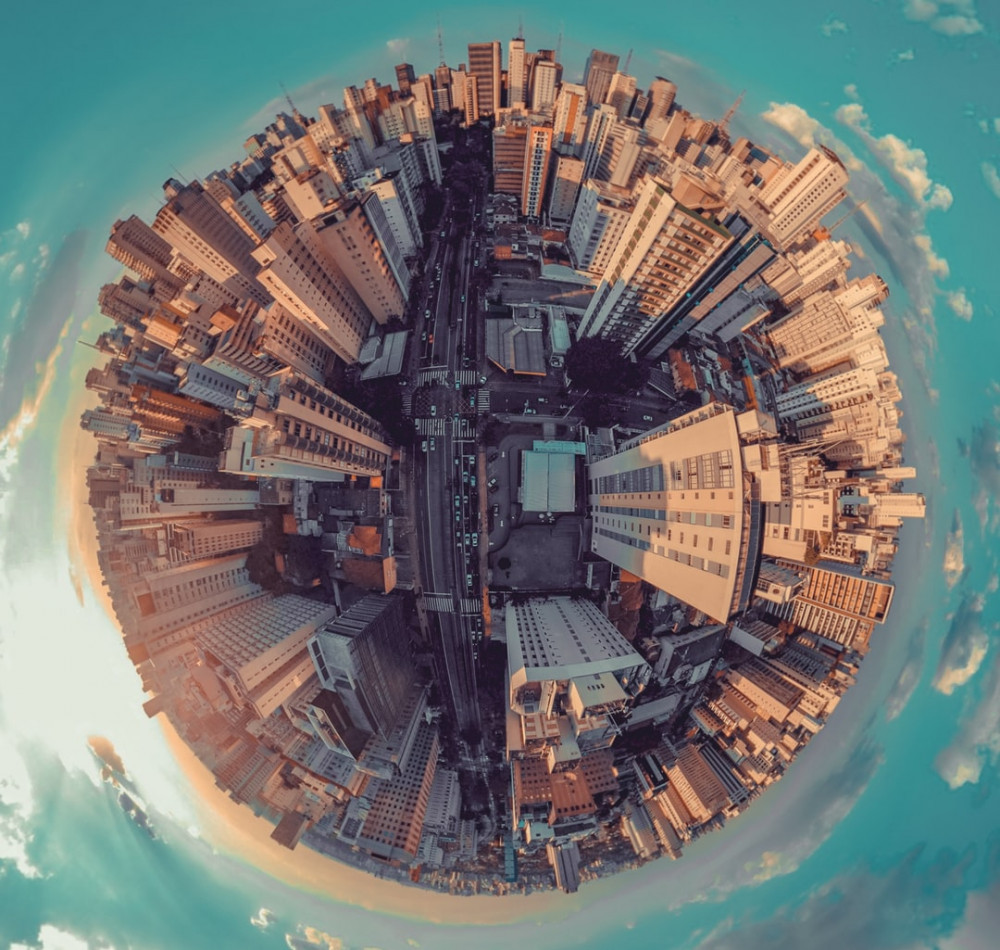 Their name should lend credibility:

Stand outside and look up. What do you see? You might see the blue sky or wooly clouds. At night you might see stars, a satellite or a crescent moon. What you are not seeing, however, is the complexity of our atmosphere. The atmosphere is a protective layer of gasses that shelters all life on Earth, keeping temperatures within a relatively small range and blocking out harmful rays of sunlight.

The atmosphere has five different layers that are determined by the changes in temperature that happen with increasing altitude.

Above the troposphere lies the stratosphere where jet airplanes fly. Temperatures increase with altitude because of increasing amounts of ozone. The ozone layer within the stratosphere absorbs harmful ultraviolet rays of sunlight.

As the mesosphere extends upward above the stratosphere, temperatures decrease. The coldest parts of our atmosphere are located in this layer and can reach –90°C.

In the fourth layer from Earth’s surface, the thermosphere, the air is thin, meaning that there are far fewer air molecules. The thermosphere is very sensitive to solar activity and can heat up to 1,500°C or higher when the Sun is active making an aurora that lights up the night sky. Astronauts orbiting Earth in the space station or space shuttle spend their time in this layer.

The upper layer of our atmosphere, where atoms and molecules escape into space, is called the exosphere. 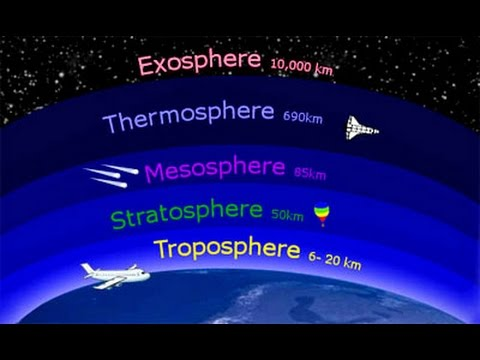 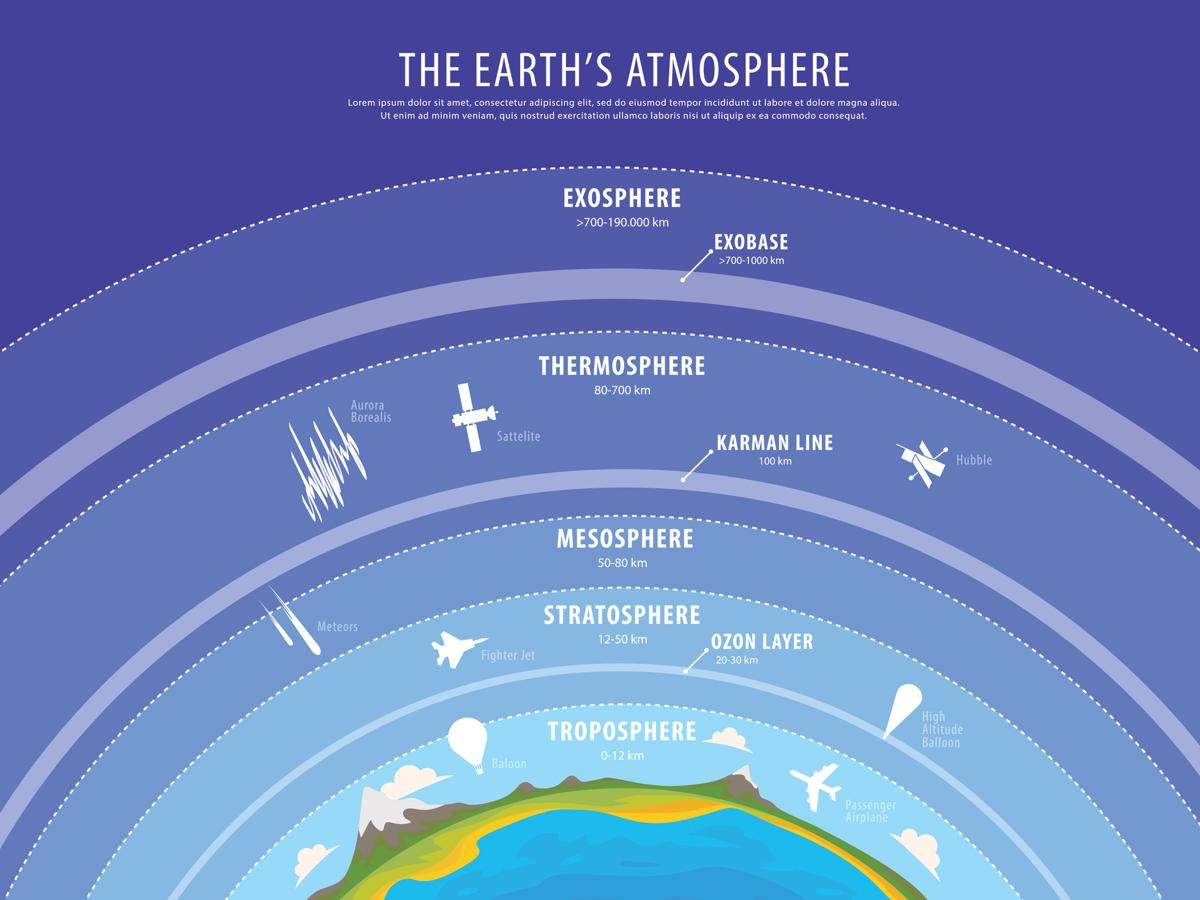 From the diagrams pictured above, mankind can hardly get to the mesosphere. This statement has to shock a lot of people. The atmospheres above the earth are not that far, and more important; they have a point where they cannot be penetrated.

Airplanes fly six to twelve kilometers above the earth; that is roughly three and a half to seven and a half miles in the air. That is nearly forty thousand feet in the air. Compare that to the tallest building in the world today that only stands two thousand seven feet or a tad over a half a mile above the ground.

We can send hot air balloons and rockets twenty-five to forty kilometers up; once again that is merely fifteen to almost twenty-five miles in the air. That is before the stratosphere sends it back with a do not bother sign attached to it.

We can go about thirty miles in the air and that is where we cap off. This is where people have documented to have experienced that they run into a type of “ceiling.” They run into a dome, a firmament, a molten looking glass, thus confirming the saying, “the sky is the limit!”

This will explain a lot of things, including the things that took place during the days of Nimrod and our more recent nuclear tests in our modern-day. 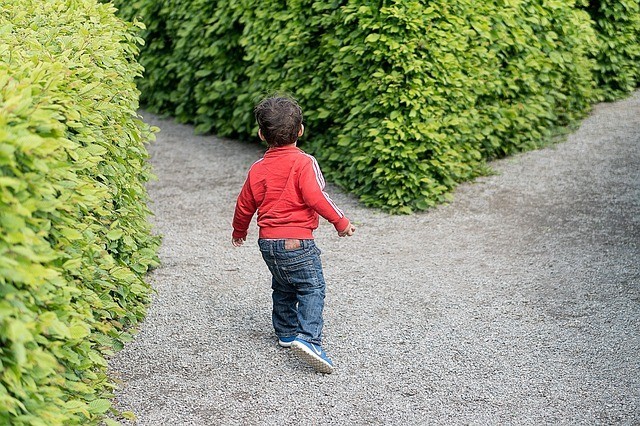 What is your take on this the part of this creation series? How can you utilize this study topic to improve your life, your walk or search for salvation? How is this study topic relevant to the Kingdom of God?