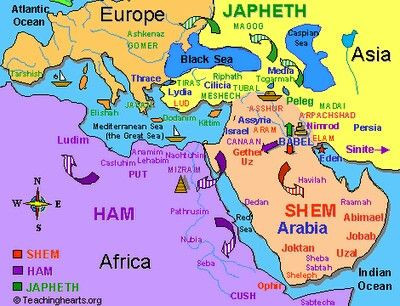 THE COVENANT BETWEEN ABRAHAM and ABIMELECH

The Covenant between Abraham and Abimelech is the next section of the Bible that needs to be highlighted. We are doing that today in the history, prophecy, and principles series. Abimelech and Phicol spoke with Abraham. Phicol was the commander of Abimelech’s army.

And Abraham said, “I promise to treat you the same way you have treated me.” Then Abraham complained to Abimelech because Abimelech’s servants had captured a well of water. But Abimelech said, “I don’t know who did this. You never told me about this before today!”

Abraham answered, “When you accept these lambs from me, it will be proof that I dug this well.” Abimelech accepted the seven lambs. Thus Abraham and Abimelech made an agreement at Beersheba. Then Abimelech and Phicol, his military commander, went back to the country of the Philistines.

22 And it came to pass at that time, that Abimelech and Phichol the chief captain of his host spake unto Abraham, saying, God is with thee in all that thou doest:

23 Now therefore swear unto me here by God that thou wilt not deal falsely with me, nor with my son, nor with my son’s son: but according to the kindness that I have done unto thee, thou shalt do unto me, and to the land wherein thou hast sojourned.

24 And Abraham said, I will swear.

25 And Abraham reproved Abimelech because of a well of water, which Abimelech’s servants had violently taken away.

26 And Abimelech said, I wot not who hath done this thing; neither didst thou tell me, neither yet heard I of it, but to day.

27 And Abraham took sheep and oxen, and gave them unto Abimelech; and both of them made a covenant.

History: The historical context of this as it pertains to life and historical events is that Abimelech is the king of the Philistines. They (the Philistines) will have an up and down relationship with Abraham’s descendants for a long time to come.

However, in the beginning, they had the same turbulent relationship that the leaders attempted to mend. Abimelech and his captain, Phichol, met with Abraham. They acknowledged that the ALMIGHTY was with Abraham in all he does; they wanted a covenant between them because of that.

Here are the tenants of the agreement:

Abraham concurred, but did bring up Abimelech’s treatment; Abimelech’s servants violently took way wells Abraham’s servants had dug. Abimelech agreed to return the wells and then they made an agreement.

Agreements are important, especially those made before the ALMIGHTY, but that’s in the principles section. We’ll get to that shortly. Let’s look into it prophetically!

Prophecy: Isaac, the son of Abraham, went through a similar ordeal in the land of Gerar with Abimelech’s son (also named Abimelech). Isaac was prosperous behind the power of the ALMIGHTY and he was envied by the Philistines.

They stuffed his wells (these same wells Abraham made a covenant over) and politely asked Isaac to leave their land. That’s not honoring the agreement! They stuffed the wells after the death of Abraham, however, Isaac dug them again.

They essentially made peace but possibly under duress. The Philistines were also included in the dreaded and harsh prophecies read in Jeremiah chapter 47. The Philistines also broke their agreement with Abraham and Isaac by joining forces with the nations that consulted against the children of Israel in Psalm 83 (see verse 7).

Principle: Keeping an oath; covenant, vow, and agreement. Especially those oaths performed before GOD, such as with a marriage, these must be honored. It doesn’t matter how sour or good things are, keep to your agreements because the ALMIGHTY will for sure!

It’s written in Ecclesiastes, there is a whole chapter dedicated to vows in the book of numbers, as well as in Deuteronomy, and Psalms! It is vital and in this story of Abraham the Hebrew (and holder of the covenant of the ALMIGHTY) and Abimelech the Philistine, it appears the covenant was broken!

Think about this, breaching a covenant, primarily this covenant has altered the relationship between the children of Israel and the Philistines for generations.