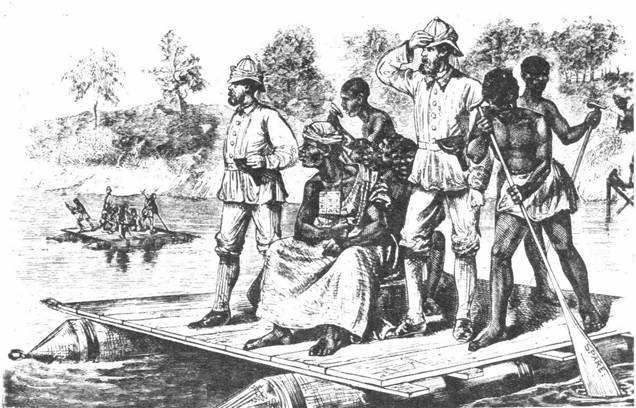 Our Honorable Men are Famished is not the way to start an article, especially with honorable men and women readers of our site. However, it is a subject and study in the Word of God. We must address even elephants in the room.

A wise man once told me that life becomes extremely sad and real when one finds their hero in life has major flaws. When you learn that your hero or idol is not perfect, a lot of air you had about them leaves your soul.

It is a tough pill to swallow, but it is the truth. Most people grow up totally amazed by certain people or a person, then they learn those same people or individual has tons of behind the scene flaws. Sometimes people purposely overlook these flaws because they are so enamored by the hero, they simply don’t see the flaws.

Our Honorable Men are Famished

However, when their flaws are made plain, people can’t but except their hero is just like anyone else. They are all subject to mistakes and biblically speaking, sins. The thing about man is that our flaws will eventually show themselves.

One of the reasons the world is sick is because the doctor or physician is sick himself. Our idols are sick and we don’t know it because they are cosmetically put together very well. I mean just look at some of our leaders, they look like a million bucks. They speak very well, they are charismatic, so we do not see the trail of blood leaking out of them.

Check Your Doctor Out

There is a medical doctor or naturopath doctor, rather, who took the obituaries of hundreds of MDs investigating their life span. He concluded that the average MD (Medical Doctor) lived about 58 years. The average lifespan of a regular citizen was roughly 75 years.

This created a bit of an uproar. This does not make sense from a scientific standpoint. How does a medical doctor, with the education and practice to keep patients healthy and living longer, not have the ability to keep him or herself living even longer?

On a spiritual level, the same thing is going on; the spiritual physician, which and who is the Pastor, is spiritually malnourished. People come to church for the Word of God, for healing, inspiration, and yet the church is loaded with sick people. Physically, mentally, and spiritually, many are sick.

Our Honorable Men are Famished

The people in Church are famished and hungry but don’t realize they are not being fed. To often, this also includes the pastor. It is not much of a surprise to me, the prophets, and apostles of God said that this is the case. They stated so because it is written all over the scriptures. One only needs to take the time and read carefully.

In Isaiah chapter 5 and verse 11, the Lord revealed to Isaiah of the state of the children of Israel’s honorable men. Men love to judge mankind by his outward appearance, therefore we’re able to get caught within the physical attributes of a person and not their spiritual attributes. See verse 11:

11 Woe unto them that rise up early in the morning, that they may follow strong drink; that continue until night, till wine inflame them!

Consider the Operations of His Hands

God gave a warning to those who rise up early in the morning to get a strong drink. They get the strong drink and continue in this inflamed state of being drunk deep into the evening. Isaiah continues:

12 And the harp, and the viol, the tabret, and pipe, and wine, are in their feasts: but they regard not the work of the Lord, neither consider the operation of his hands.

My People are Gone into Captivity

13 Therefore my people are gone into captivity, because they have no knowledge: and their honourable men are famished, and their multitude dried up with thirst.

As a result of all of this partying, God’s people have gone into captivity. Remember the House of Jacob went into captivity by the hands of the Assyrians (under Sennacherib), by the Babylonians (under Nebuchadnezzar), and finally by the Romans with General Titus. They have gone into captivity because they have absolutely no knowledge of God. In addition to this, their honourable men are famished. This is speaking in regards to all the honorable men in this nation, the world, and even in the body of “Christianity.”

…Thirsting after the Words of GOD

The men we esteem with honor are famished themselves. The multitude that follow these men (and women) are all dried up for thirst. What are they thirsting after? They are thirsting after the Words of God. See verse 15:

Cutting of Head and Tail…

Let us look a bit closer at our honorable men; we need to know who they are and how they are causing all of us to error in our ways IF we aren’t paying attention. Isaiah chapter 9 verse 13 tells us more of the story.

13 For the people turneth not unto him that smiteth them, neither do they seek the Lord of hosts.

14 Therefore the Lord will cut off from Israel head and tail, branch and rush, in one day.

15 The ancient and honourable, he is the head; and the prophet that teacheth lies, he is the tail.

16 For the leaders of this people cause them to err; and they that are led of them are destroyed.

Israel has been receiving chastisement and affliction from their God for their transgression, yet they stubbornly ignored it all and continued to be as wicked as they wanted then and still today.

In a hypothetical example, let’s say you have a job working for your parents company. For whatever reason, your parents fired you from that job with their company. Let’s also say they took back all the perks the job had such as their car and per diem spending.

Since you were not working, you couldn’t pay to keep your utilities on you’d consider the consequences of your actions. That’s what normal conscious people would do. In this example, you’d think after a while with all these negative turn of events, you’d turn back to your parents humbly.

No more visions from God?

God is doing and done everything to get their attention, yet they continue in their folly, unbelief, and insurrection. The judgement against them was set and is heavy.

God will cut off from Israel, head and tail, branch and rush in one day! The elderly and honourable man is the head. God has cut them off. But look who is the tail; it is the prophet (who we call today the pastor preacher or priest) that teaches lies. God is going to cut them off from seeing a vision, from receiving insight on the truth and from being a priest of God. Let’s see this clearly in Lamentations.

9 Her gates are sunk into the ground; he hath destroyed and broken her bars: her king and her princes are among the Gentiles: the law is no more; her prophets also find no vision from the Lord.

What are we to do?

Israel and Judah’s gates and cities are sunk low and destroyed because of their sin. Their kings and princes are in captivity among the Gentiles, and her prophets find no vision from God because they are cut off. Wealthy people cut their negative disobedient kids from the family will and trust.

When someone is cut off, they are unable to receive the benefits they were receiving prior to being cut off or were going to receive. Priest and prophets of Israel had the benefit of receiving visions and answers from God directly and quickly, but no more. That has been cut off, primarily towards the wicked.

The priest were cut off. They were telling lies and teaching things that do not profit God’s people. Therefore the Creator has cut them off. They have no visions and insight from God. The only thing they can tell anyone, is the only thing anyone can tell another; that is either what is written or something they make up in their mind.

The House of Jacob, and I use that interchangeably with the children of Israel, were supposed to be a royal priesthood. They were anointed an holy nation because they were given the laws, statutes, commandments, judgements, and oracles from the Creator. Nevertheless, the God of Israel has rejected them (for the time being) because they have refused Him.

Remember King Asa and Azariah the prophet? The prophet told the king to draw close to God and He will draw close to you. Forsake God, and God will forsake you. In Hosea chapter 4, God says the same thing.

6 My people are destroyed for lack of knowledge: because thou hast rejected knowledge, I will also reject thee, that thou shalt be no priest to me: seeing thou hast forgotten the law of thy God, I will also forget thy children.

This is a scripture everyone quotes, “My people are destroyed for lack of knowledge.” However, that is about all they quote. They always leave out the rest about rejecting knowledge of God and consequently, God has also rejected them as His leaders and priests. Salud to one of our falling princes who went to rest… love and grace to Yanayaka!