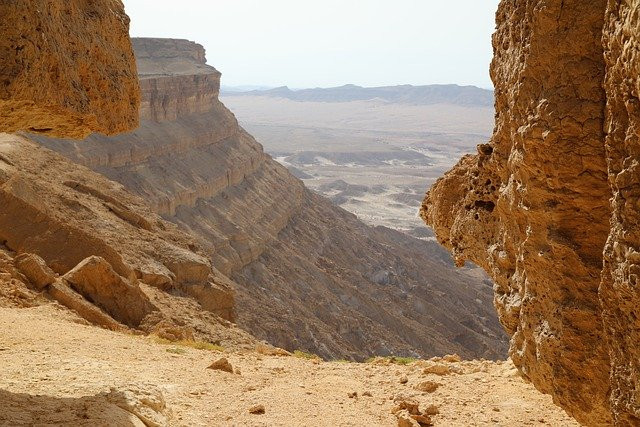 This story is a relevant piece of history with principles, and the historical content lends itself to prophetic events. Sodom and Gomorrah destroyed, yet Lot, Abraham’s nephew were delivered. After the LORD and two angels (perhaps Michael and Gabriel) stopped by Abraham’s house, the two angels went on their original mission.

The LORD stayed back to commune with Abraham. Originally they came to give the news to Abraham and Sarah to get ready for their own son Isaac (which Sarah laughed off). The LORD then them told Abraham the reports He’d heard regarding Sodom and Gomorrah.

He would go verify the reports and bring judgment upon the cities. Abraham knew Lot lived there and did not want his nephew to go down with the ship. He began to bargain with the LORD, the Judge of all the Earth to do justly.

The LORD’s Mercy Shown in Sodom and Gomorrah Countdown?

It began with fifty souls, and it went all the way down to ten when the LORD left speaking with Abraham. If they merely found ten souls who did righteously, the city would have been spared. The report nevertheless was treacherous upon the two angels entering the city of Sodom.

The men of the city wanted to rape the two angels who stayed as guests in Lot’s home (ancient times AirBnB). The city was set for destruction, Lot was commanded to leave or perish with the city. It was urgent enough for the angels to help Lot, his wife, and two daughters.

This is not as easy as the story appears. They have to up and leave everything, knowing friends, peers, businesses, possessions, and other material things would be left behind. Imagine you and your family have to get up and skip out of town on a dime!

Lot was entering the town as the sun came up, and the Lord began to destroy Sodom and Gomorrah. He caused fire and burning sulfur to fall from the sky. He destroyed the whole valley—all the cities, the people living in the cities, and all the plants in the valley (whoa).

Lot’s wife was following behind him and looked back at the city. When she did, she became a block of salt. Early the next morning, Abraham got up and went to the place where he stood before the Lord. Abraham looked down into the valley toward the cities of Sodom and Gomorrah.

He saw clouds of smoke rising from the land, like smoke from a furnace. God destroyed the cities in the valley, but he remembered what Abraham had said. So God sent Lot away from those cities before destroying them.

The History Prophecy and Principle of It

History: This is a recorded story in the scriptures, but people were intent on verifying it through other historical references or scientific evidence. A search query on Youtube lets us know that was an event and to this day, Sodom and Gomorrah still sit in stubbles!

Principle: Obedience! Abraham understood how the LORD operates; the LORD will do what He said He will do. Lot did not really understand this. He lagged and procrastinated and only received mercy because of his uncle Abraham. The LORD was not as kind to Lot’s wife.

She was turned into a pillar of salt, perhaps, based on the sulfuric flames coming from the sky. The residue of the flames would harm those with their back towards it or those who turn around and view it, unless.

Unless it had something to do with the eyes and engaging the body through the eyes. A simpler spiritual and more spiritually practical answer is that she didn’t obey the command. Therefore, the ALMIGHTY removed the shield that protected the family. Obey!

To obey is better than to sacrifice, the prophet Samuel declared to us and Saul.

Prophecy: I read this the other day in our Overzicht chapter summaries book (which you can get on amazon or on our website for a small donation), and anytime wickedness get’s too amounting, destruction is on the way.

Sodom and Gomorrah are popular because of the forceful homosexual behavior exhibited in just the story read in chapter 19 of Genesis. Nevertheless, there were plenty of other sins also, essentially the horrible treatment of the poor and needy.

They were horribly oppressive to the fatherless, widow, stranger, and the poor. The leaders were evil, the judges, lawmakers, all the way to the thugs on the street. They were idle also, idleness can lead to many horrid behaviors.

There was an eat or be eaten mentality (survival of the fittest), and the ALMIGHTY had seen enough. The same took place in Egypt against the LORD’s people, and with the Canaanites, who the LORD gave their land to the children of Israel.

Sadly, but happily also, the same is going to take place on the earth today. Babylon is fallen and the wheels are coming off and many do not know it or perceive the great nation is on its way to lay flat on the floor!

Until next time on History Prophecy Principles, glory in the LORD, obey His WORD, watch and pray, and help your brother! Salud